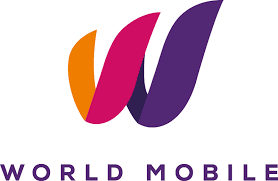 Tanzania, June, 2021: Input Output and World Mobile Group have announced a unique partnership to democratize access to digital, financial and social services in Africa, the first of its kind to go the extra mile and connect the unconnected. Starting in Zanzibar and greater Tanzania, the companies aim to bring sustainable internet connectivity using renewable, solar-powered energy. Together, the companies will provide affordable network nodes, based on the Cardano blockchain infrastructure, to local business owners. These network nodes act as local relays for internet connectivity. Subscribers to these networks will be able to access Input Output’s digital identity solution, Atala PRISM, which will allow them to use services such as digital banking, healthcare and education.

In Africa alone, more than 700 million people, which is more than half of the population, are not connected to the Internet. Most mobile networks haven’t invested in the infrastructure to reach them. This often excludes Africans from accessing basic services such as education, banking, or healthcare. Through this partnership, Input Output and World Mobile Group go the extra mile to reach these communities, with the vision to bring everyone, everywhere online, with secure, user-controlled ID’s allowing users to better access essential services.

Feasibility studies in Zanzibar and greater Tanzania are working examples that communities can create their own sustainable smart villages and connect themselves. Their networks, which have been up and running for almost 2 years have allowed local fishermen to grow their businesses, quintuple their profits, and triple the number of local shops and restaurants. A larger rollout is in the works with the goal of connecting hundreds of thousands of customers by Q1 of 2022.

Input Output’s Atala PRISM solution is a user-controlled identity platform that provides a digital equivalent of today’s physical official documents such as passports, or degree certificates—all in one place. This allows citizens to control their personal data and seamlessly interact with businesses and governments in a secure and private way.

In partnership with the Ethiopian Ministry of Education, Atala PRISM is currently being deployed to five million users, creating digitally authenticated IDs and qualifications that open up higher education and employment for greater numbers of Ethiopia’s population living in rural regions.

Student IDs will be paired with data from the Ethiopian Ministry of Education’s learning management systems, and will link to these student IDs to drive personalized teaching and, in the long term, data-driven education policies.

Micky Watkins, CEO of World Mobile Chain, said: “We all live on one planet, but for many years we have neglected a part of it and even call it a third world. Word Mobile has built a network based on a new relationship between people and connectivity in which ownership, governance, and identity work to empower the user and make access available to all in a sustainable way. I am delighted to have formed this symbiotic partnership with Input Output. Together, our efforts will open a new world.”

Charles Hoskinson, CEO of Input Output, said: “Taking a stakeholding in World Mobile Group is a further demonstration of our long-term commitment to the African continent.”

“We see blockchain as a powerful force for social good. Through our digital ID solution, Atala PRISM, people who were previously unable to verify their identity, complicating and often preventing access to vital services like healthcare will now be able to do so. Atala PRISM will also allow citizens to provide backup copies of important documents like qualifications or property ownership documents, which can allow returning refugees to reclaim their homes. Ultimately, we want to create a global marketplace where everyone has equal access, irrespective of geographical location, culture, or background.”

“Developing nations, in Africa in particular, will lead global adoption of blockchain technology. The pace at which developing countries can grow has often been held back by a lack of foundational infrastructure. However, this could start to work in their favor. That lack of deeply embedded legacy infrastructure makes transition to blockchain-based infrastructure a relatively low friction process, with the potential for developing countries to ‘leapfrog’ advanced industrialized economies by adopting next-generation infrastructure. After many years of nascent promise, the technology is finally mature enough to get them there.”

For more detail on the partnership, World Mobile will be appearing on Input Output’s Africa Special show, set to air at 16:30 UTC on the 29th April.

World Mobile is going the extra mile to open a new world. With nearly 4 billion people left offline, digital exclusion is a significant problem. Unlike traditional mobile networks, World Mobile is based on the sharing economy, selling affordable network nodes to local business owners, so they have the power to connect themselves and others while sharing the rewards.

To find out more visit: worldmobile.io

Input Output is an R&D and product engineering company, committed to using peer-to-peer innovations to provide 21st-century services to the 3bn who don’t have them.

We build blockchain-based products for governments, corporations and academic institutions and upskill people across the world, empowering them to solve the most pressing problems faced by people in their countries.

We have core beliefs in decentralization, privacy, economic identity, and financial empowerment for everyone, and stand opposed to centralized control and bureaucracy.