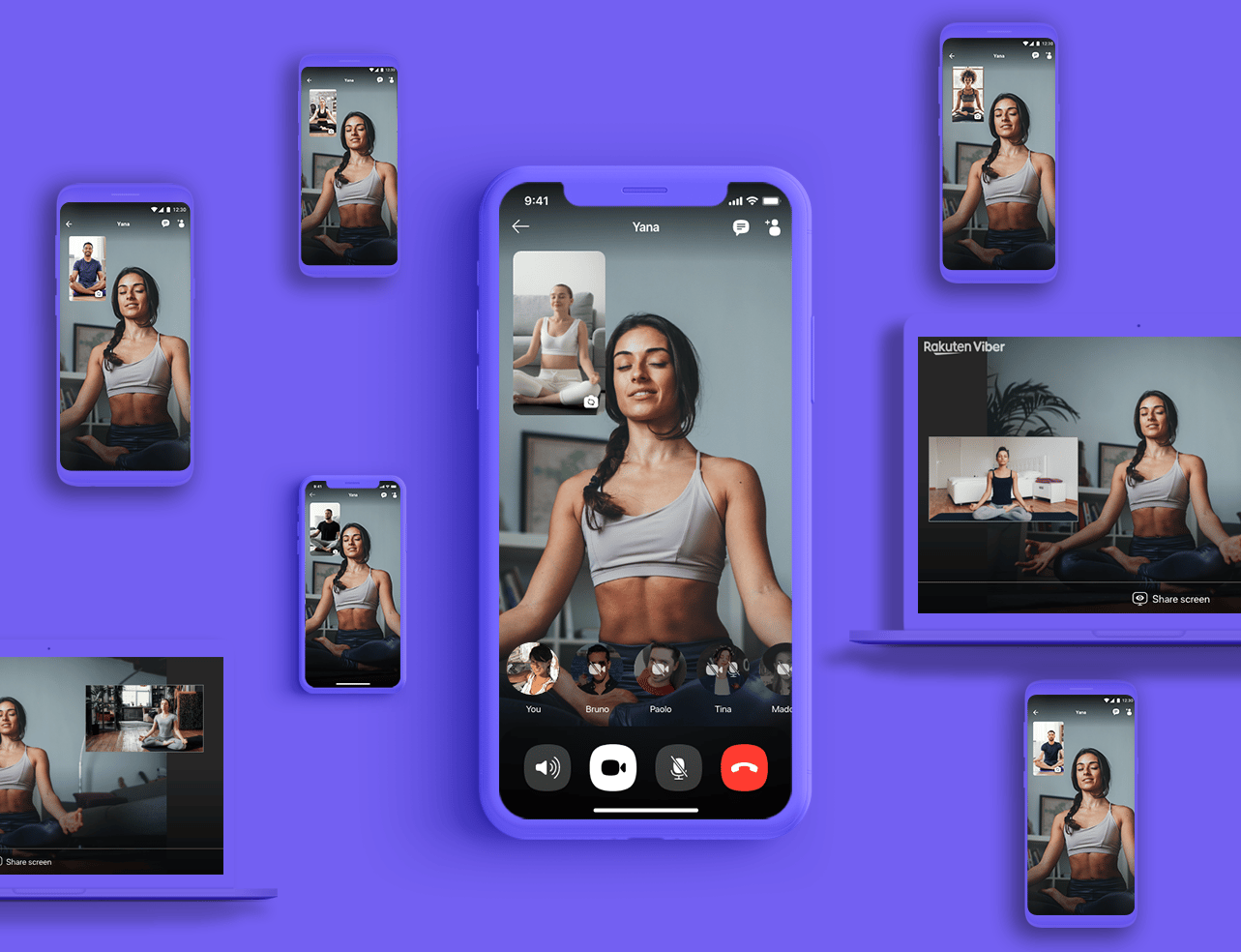 San Francisco, May, 2020 – Rakuten Viber, one of the world’s leading apps for free and secure communication, announces that it will soon launch its Group Video Calls feature, enabling group video calls for up to 20 people with unlimited duration. Inspired by the tremendous success of its Group Audio Calls feature, Viber decided to add video to its capabilities, meeting the growing demand for large video calls to replicate face-to-face gatherings, whether with family, friends, or colleagues.

Social distancing and gradual adjustment to the new norm forces people to rethink the way they gather in groups—quite an undertaking considering meeting other human beings is something people do every day, multiple times a day. Whether chefs running cooking classes or yoga instructors training their pupils to master breath cycles, all working groups need a platform on which to meet. With Viber’s Group Video Call feature, they can perform all these functions easily on the Viber app, with possibilities like screen sharing and video broadcasting for both mobile and desktop devices. The Group Video Calls feature is a fitting addition to Viber’s other capabilities, including group chats for up to 250 people and group voice calls for up to 20 people.

To start a Group Video Call a user simply needs to:

“We’re excited to enable users to participate in video calls with up to 20 people, and we’re going to expand this further very soon. Viber serves an important purpose to society, now more than ever, in that it enables users to communicate easily ideo discussions will be part of our lives much more than before We decided to launch this feature to bring users another step closer to real, face-to-face meetings when they aren’t an option,” said Ofir Eyal, COO of Viber.

About Rakuten Viber: At Rakuten Viber, we connect people. No matter who they are, or where they are from. Our global user base has access to a range of features like one-on-one chats, video calls, group messaging, and updates and discussions with their favorite brands and celebrities. We ensure our users have a secure and free environment to share their emotions.

Rakuten Viber is part of Rakuten Inc., a world leader in e-commerce and financial services. It is the official communication channel of FC Barcelona, and the official instant messaging and calling app partner of the Golden State Warriors.

Need the latest Rakuten Viber brand assets? Find them in our brand center.