Upon the consummation of the acquisition, Nanox and Zebra Medical Vision anticipate that their mutual goal of global scanning to protect one’s health will put them in the position to potentially become the next generation AI-enabled medical device leader

Nanox is also entering into a binding letter of intent to acquire USARAD, a teleradiology company that provides teleradiology services in all 50 U.S. states. 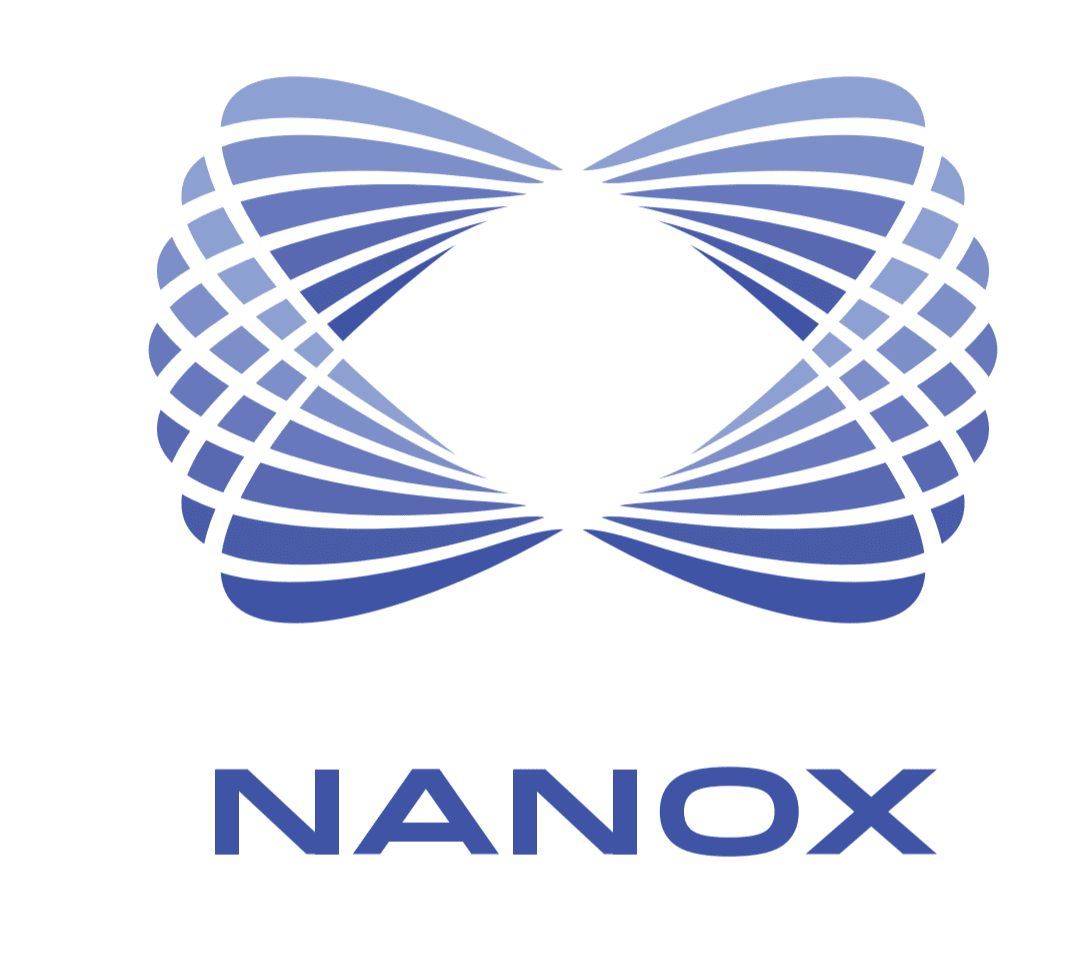 Neve Ilan, Israel August 10, 2021 — NANO-X IMAGING LTD (“Nanox” or the “Company,” Nasdaq: NNOX), an innovative medical imaging company, announced entry into two agreements intended to create a globally connected, end-to-end radiology solution. The Company announced that it has entered into an agreement to acquire a leading medical artificial intelligence (AI) developer Zebra Medical Vision for a total of $100 million upfront, and up to another $100 million tied to achievement of specific milestones, all to be paid in Nanox shares. Nanox also announced today that it has entered into a binding letter of intent to acquire USARAD and its related company, Medical Diagnostics Web, or MDW. USARAD operates a global network of 300 radiologists. Total consideration for USARAD and MDW is $30 million, comprising $21 million of Nanox shares and $9 million in cash.

The acquisition of Zebra Medical Vision is anticipated to fuel both companies’ shared goal of forming the next generation of AI-enabled hardware and software devices, which is expected to set a new standard in the medical devices sector. If these proposed strategic acquisitions are consummated, Nanox will be in the position to gear up towards addressing three major international shortages on a global scale: the shortage of medical imaging devices, radiologists, and connectivity between countries and societies in analyzing medical data.

“Zebra Medical Vision has always operated with the goal of expanding the use of AI in medical imaging to improve health outcomes for patients worldwide,” says Zohar Elhanani, CEO of Zebra Medical Vision. “At this time, we understand that that vision is best served by joining forces with a trusted partner with the means to boost our capabilities and propel population health, powered by AI, to the next level. Screening populations to detect and treat chronic disease early has proven to improve outcomes, and we’re thrilled to be taking the helm of the population health transformation in healthcare.”

With this industry-leading focus, Zebra-Med has set its own path in enabling financial incentives for wide adoption of AI in radiology, recently receiving the first CPT reimbursement code for its solution involving the early detection of Osteoporosis. Together with Nanox, the company will continue to advance value-based population healthcare management on a large scale, pioneering tomorrow’s medical imaging AI and to detect chronic diseases by offering AI applications as part of a modality solution, targeting both payers and providers.

Under the terms of the agreement, is expected acquire Zebra Medical Vision for upfront and milestone payments to be paid in Nanox shares, including $100 million expected to be issued at closing, $16 million of deferred consideration payable upon signing of three new business contracts within six months of closing, and $84 million payable upon achievement of certain other milestones for total consideration.  Zebra-Med is expected to be run as a wholly owned subsidiary under the Nanox brand.

Nanox also expects to  acquire USARAD, a U.S. based radiologist-run and operated full-service subspecialty radiology and teleradiology company with over 300 U.S. certified radiologists in its organization. USARAD will provide Nanox with immediate access to trained radiologists, lowering the barrier to US market entry and other countries around the globe. Through the USARAD network, Nanox will have direct access to the company’s relationships with hundreds of medical practices across multiple specialties, as well as urgent care centers, and other healthcare providers. Moreover, USARAD, in which Siemens holds a meaningful equity stake, will enhance Nanox’s go-to-market strategy, potentially allowing the Company to place Nanox.ARCs with USARAD’s customers.

If this potential strategic acquisition is consummated, Nanox will be in the position to offer a new model of Management of Medical Service Organizations (MSO), in which Nanox is expected to manage various new critical functions and capabilities, including medical billing with a meaningful revenue potential, Quality Assurance, compliance and eliminate reliance on third parties for these services.

Under the terms of the binding letter of intent, Nanox anticipates  purchasing all of the shares of USARAD and all of the assets of its related company Medical Diagnostics Web, or MDW, for a total consideration of $30 million in stock and cash for both companies. We expect to acquire USARAD for total consideration of $27 million, comprised of $18 million of Nanox shares and $9 million in cash. Of the total, $18.5 million of consideration is expected to be paid upon closing, and the remaining $8.5 million is expected to be paid based on the achievement of certain milestones. The remaining $3 million of consideration for MDW will be paid by Nanox shares.

“Expanding access to medical imaging via widespread deployment of the Nanox.ARC solves one of the obstacles to achieving true population health management,” stated Ran Poliakine, Chairman and Chief Executive Officer of Nanox. “Yet, the global shortage of trained radiologists represents a significant bottleneck in the imaging process. The Nanox.ARC, together with the acquisitions of Zebra Medical Vision and USARAD, if consummated, would move us toward our vision of deploying our Systems and have the support of a large network of radiologists empowered with highly advanced AI algorithms that will allow for the rapid interpretation of medical images into actionable medical interventions,  which would represent an end-to-end, globally connected medical imaging solution. Furthermore, we are working to offer a solution even greater than that: population preventive health care through application of Zebra’s AI technology, if the acquisition is consummated.

Michael Yuz, M.D, CEO of USARAD: “USARAD has been a partner of Nanox in the past two years, and today we are thrilled to officially join the vision as part of the team. Working closely with Nanox and seeing the progress the team has made toward the production ramp up, together with the world renowned capabilities of Zebra Medical Vision’s AI, creates a medical device powerhouse, in which our radiologists are proud to take part.”

The Nanox shares expected to be issued to the Zebra-Med, USARAD and MDW shareholders are not expected to be registered and will be subject to restrictions on resale under the U.S. securities laws.

Forward-looking statements are based on information Nanox has when those statements are made or management’s good faith belief as of that time with respect to future events, and are subject to risks and uncertainties that could cause actual performance or results to differ materially from those expressed in or suggested by the forward-looking statements. Factors that could cause actual results to differ materially from those currently anticipated include: risks related to (1) the occurrence of any event, change or other circumstances that could give rise to the termination of the negotiations and any subsequent definitive agreements with respect to the proposed acquisitions, and the possibility that the terms and conditions set forth in any definitive agreements with respect to the proposed acquisitions may differ materially from the terms and conditions set forth in the non-binding letters of intent, (2) the inability to complete one or both of the proposed acquisitions, including due to failure to obtain approval of the stockholders of Zebra-Med or the failure to satisfy other conditions to closing, (3) the impact of the ongoing COVID-19 pandemic on the parties’ ability to conduct diligence, negotiate and consummate the proposed acquisitions, (4) the receipt of an unsolicited offer from another party for an alternative acquisition that could interfere with one or both proposed acquisitions, (5) the risk that the proposed acquisitions disrupt current plans and operations as a result of time and effort necessary to consummate the proposed acquisitions, (6) the inability to successfully merge goals and technology with the proposed acquisition companies, if the acquisitions are consummated, (7) the ability to recognize the anticipated benefits of the proposed acquisitions, which may be affected by, among other things, competition, brand recognition, the ability of the combine companies to grow and manage growth profitably and retain their key employees, (8) costs related to the proposed acquisitions, (9) changes in applicable laws or regulations that impact the feasibility of the acquisitions or the operations of the combined companies, (10) the failure to meet projected technology development targets, (11) the failure of the combine companies to effectively scale end-to-end medical imaging solutions worldwide, and (12) (i) Nanox’s ability to complete development of the Nanox.Arc ; (ii) Nanox’s ability to successfully demonstrate the feasibility of its technology for commercial applications; (iii) Nanox’s expectations regarding the necessity of, timing of filing for, and receipt and maintenance of, regulatory clearances or approvals regarding its X-ray source technology and the Nanox.Arc from regulatory agencies worldwide and its ongoing compliance with applicable quality standards and regulatory requirements; (iv) Nanox’s ability to enter into and maintain commercially reasonable arrangements with third-party manufacturers and suppliers to manufacture the Nanox.Arc; (v) the market acceptance of the Nanox.Arc and the proposed pay-per-scan business model; (vi) Nanox’s expectations regarding collaborations with third-parties and their potential benefits; and (vii)  Nanox’s ability to conduct business globally, among other things. For a discussion of other risks and uncertainties, and other important factors, any of which could cause Nanox’s actual results to differ from those contained in the Forward-Looking Statements, see the section titled “Risk Factors” in Nanox’s Annual Report on Form 20-F for the year ended December 31, 2020 and subsequent filings with the U.S. Securities and Exchange Commission. Except as required by law, Nanox undertakes no obligation to update publicly any forward-looking statements after the date of this press release to conform these statements to actual results or to changes in Nanox’s expectations.

Nanox, founded by the serial entrepreneur Ran Poliakine, is an Israeli corporation developing a commercial-grade digital X-ray source designed to be used in real-world medical imaging applications. Nanox believes that its novel technology could significantly reduce the costs of medical imaging systems, and plans to seek collaborations with world-leading healthcare organizations and companies to provide affordable early detection imaging services for all. For more information please visit www.nanox.vision.

Recognizing the need for high-quality, reliable on-call and daytime radiology and teleradiology services, the USARAD Holdings, Inc. was formed by a collaborative effort of American radiologists, all of which are Board Certified by the American Board of Radiology. Each one contributes their experiences from some of the finest radiology departments in the United States. USARAD’s model is unique. USARAD Holdings, Inc. is privately owned and is operated by radiologists without nonmedical interests, corporate bureaucracy, or middlemen. 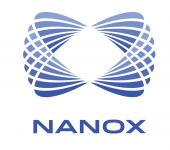 Ran Poliakine - CEO of Nanox and Chairman of the board
Zohal Elhanani - CEO of Zebra Medical Vision
Michael Yuz, M.D - CEO of USARAD